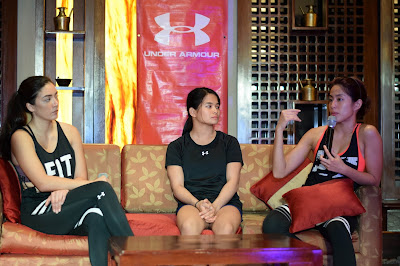 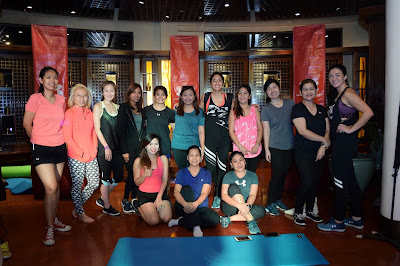 These women champions in their own field of sports shared their training regimens, fitness routines to selected women patron of Under Armour.

One of the highlights of the event is the Self Deffense tecniques shared by ambassadress Meggie Ochoa. Ochoa once again ruled the Asian region recently when she bagged a gold medal in the Asian Indoor and Martial Arts Games (AIMAG) in Ashgabat, Turkmenistan.


Ochoa was one of the two gold medalist for the Philippines recently, when she beat a Vietnamese foe to capture the top honor in the women’s Ne-waza -45kg division event.

It was another gold medal for Ochoa, who last year also took first place in the Asian Beach Games in Vietnam. Following the success of in the AIMAG, Ochoa is now looking at the 2018 Asian Games in Jakarta, Indonesia as the next target.

Ochoa is part of the growing list of Under Armour ambassadresses which have brought honor to the country due to their performances in the international sports scene.

Last year, Hidilyn Diaz made history by becoming the first Filipina to take home a medal in the Olympics when she claimed the silver medal in the weightlifting competitions in Rio De Janeiro, Brazil.

Diaz was also a winner in the recent AIMAG when she captured the silver medal in the event as part of her preparations for the 2020 Tokyo Olympics where she is aiming for nothing else but a gold medal. Diaz is also taking part in the next Under Armour’s fitness retreat, in which the successful Filipina athletes and personalities will be able to draw inspiration to the Filipino people through their efforts.

Watch out for them again on the next Under Armour fitness retreat in partnership with the Aegle Wellness Center and Sanctband on January 27,2018 at the Balesin Island, Quezon.
Email ThisBlogThis!Share to TwitterShare to FacebookShare to Pinterest