For twenty years now, the Multiple Intelligence International School has been pioneering progressive education in the Philippines that aims to raise leaders who use their intelligences to make a difference. As the first and only MI school in the country, MIIS has put emphasis on education that involves learning by doing, the integration of entrepreneurship in education, advocating for leadership with social responsibility, and the inculcation of 21st century skills that will make students globally competitive and future ready.
Last March 12, 2016, 5PM at the UP Theater in UP Diliman, MIIS celebrated its pioneering spirit through a concert billed as “MIIS @20: Celebrating 20 Years of Making a Difference” to be performed by the students of Multiple Intelligence International School. Special guest artist Luke Mejares opens the show. 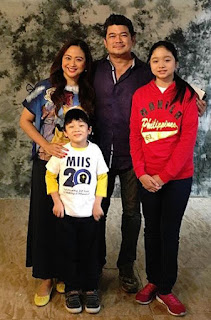 
The musical prowess of the MI students will be displayed at the MI 20th Anniversary Concert as the production numbers will feature the MI students’ original compositions. Parents and friends of the students and celebrities will also take part in the concert. Proceeds from the show will be used to sustain two of MIIS’ flagship projects, the MI Kids Can! Movement and the MIIS Green School projects. Under the MIIS Green Movement falls the Cambantoc Reforestation project, a seven-year-old MIIS endeavor that helps in the replanting and maintenance of trees in the Laguna watershed, promote environmental literacy in public schools, and fund the school community’s Green School Movement projects. “At Multiple Intelligence International School, we put much importance on encouraging our students to make a stand to ensure a green future for everyone,” says Joy Abaquin, founding directress at MIIS.      The MI Cambantoc Reforestation project has been sowing seeds of environmental awareness in partnership with Tranca Elementary School and MCME (Makiling Center for Mountain Ecosystems) of UP Los Banos. “MIIS @20: Celebrating 20 Years of Making A Difference” marks the MI School’s continued commitment to raise global leaders who also possess an entrepreneurial and leadership mind to make a difference in big and small ways to make this world better and greener. 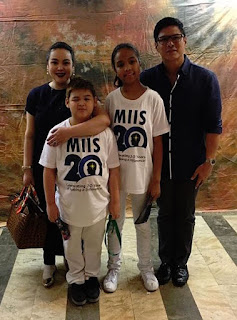 Present at the concert in support of their talented children are celebrity parents Claudine Barretto and Raymart Santiago, Tintin and Julius Babao, Karen Davila and DJ Sta. Ana, Anthony Taberna, Maritoni Fernandez, Raul and Cacai Mitra among others.
Email ThisBlogThis!Share to TwitterShare to FacebookShare to Pinterest

I need to to thank you for this excellent read!! I absolutely loved every little bit of it. I have you education bookmarked to look at new stuff you post…