Last Friday, August 2, the three-and-a-half month long of exciting events and shows in Resorts World Manila kicked-off via their press launch held at Passion, Maxims Hotel. It was a privilege to be invited as part of the media guests and I’m glad I came because I wouldn’t have witness an amazing preview of performances in store for Resorts World Manila’s Thrillathon. 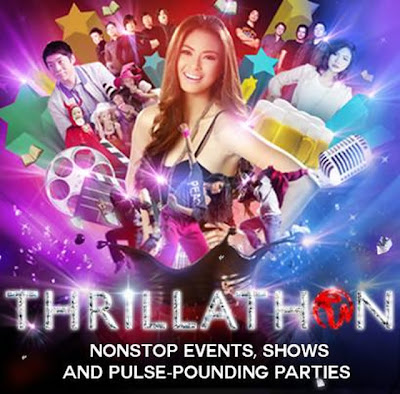 Some of the highlights from the press launch were performances from Mitoy Yonting, finalist of the ‘The Voice Philippines’ and the impromptu concert-like performance of Mr. Arthur Manuntag, Mitoy and Nyoy Volante.  What I like about this Thrillathon, there will be more of these world-class performances from our local artists that will be entertaining the patrons and guests of RWM all for free! Now isn’t that amazing? Resorts World Manila is making the Filipino artists shine brighter and be recognized again especially the OPM icons.

Calling all visual artists as Resorts World Manila is also bringing back its Pinoy Ultimate Jeepney Design Challenge. Up for grab is a P100, 000.00 grand prize for the most creative entry.  This contest is part of RWM’s corporate social responsibility in cooperation with the National Commission for Culture and the Arts (NCCA) and the Department of Tourism (DOT).  For more information on Pinoy Ultimate Jeepney Design Challenge, visit RWM’s website.

Expect more thrills at Resorts World Manila, checkout the line up of events happening this month of August until October, 2013.