On a slightly gloomy Sunday afternoon, right after Robin's Sunday school, we met up with my little sis and niece Donita (my Ate's daughter) and headed to Mall of Asia to attend an event for kids, the "NickJr. Play Date".

Although we just had our lunch, we had an early snack at 2 p.m. at Shakeys where we met Ms. Ginny Guanco of Stratworks. The kids enjoy the sumptuous snack and met a new friend too with co-blogger Michelle's daughter. We headed straight to the convention center which is situated at the South wing of the Mall of Asia. 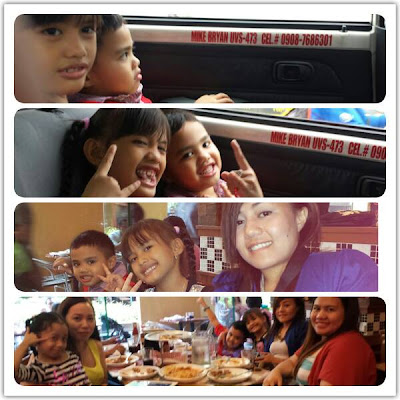 The moment we arrived at the venue (SMX convention), the kids could no longer contain their excitement at the sight of various play areas and activity booths.  However, we have to find for our seats because the place is starting to get jam packed.  Fortunately, my son and niece were able to register for the game participants on the right side of the stage and will just have to wait in their seats for their turn.  Whereas, my sister and I shared a seat and continued on taking photos. 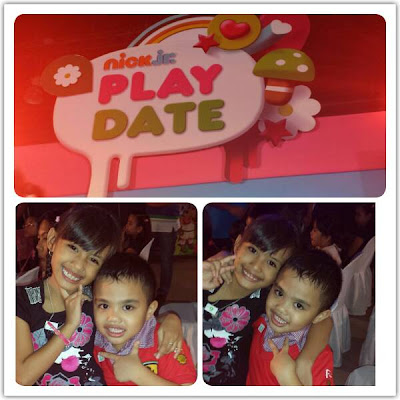 There were lots of cool activities especially prepared for kids. The Backyardigans' booth is one of our favorites.  Robin and Donita had fun working on their spelling skills and won cute prizes. 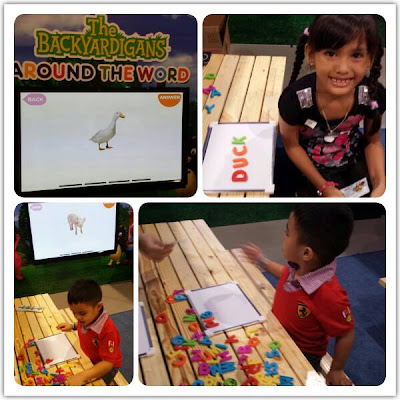 Catching a fish  was more fun when joined with other kids plus they get another prize for every catch :) 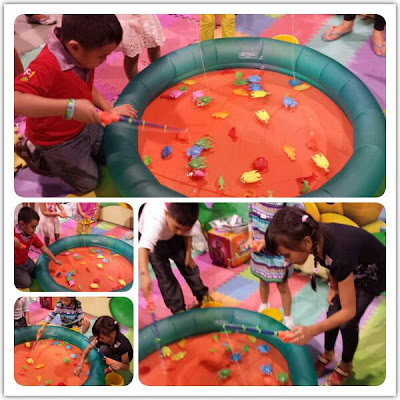 Dora Explorer's "First Bike-Ride" was a hit too. My son really enjoyed his bike ride wearing a complete gear. 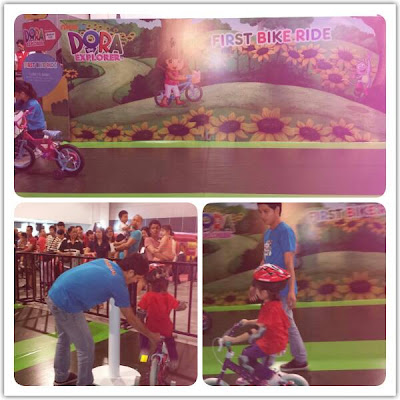 There were so many cool activities for everyone however, we also lend more time cheering for our kiddos when they joined the games onstage.

I'm one proud Mama when Robin's team won in "Bubble Guppies' Sea Rescuers" game. My son was in the first line and when his turn is done, he was excitingly cheering for his teammates. I was laughing and giving him thumbs up signs from afar all throughout the game period so when they won over the girls' team, I think I had the loudest cheer from the audience haha.  For this game, each of them in the team won (3) free passes to Ocean Adventure in Subic, yehey!!

My niece Donita is equally competitive too. Our little girl is so determined to win that she's very attentive to the game hosts' instructions and ignoring our call for photo-op of her. The effort was so worth it because her team won 2 bags loaded with Purefoods Chicken nuggets for each kid. 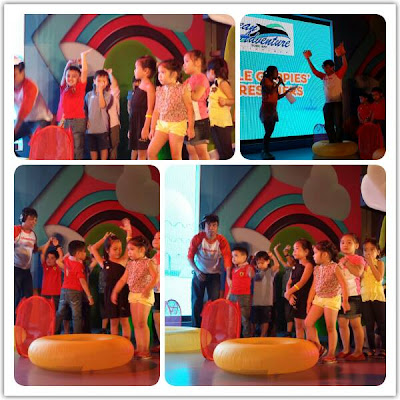 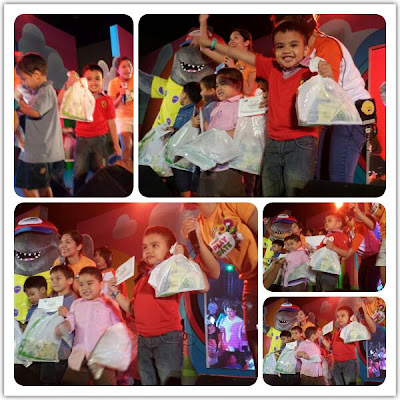 A photo before they went up the stage for the game. 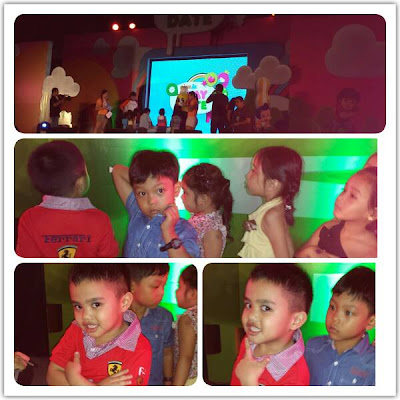 Nick Jr. Play Date' sponsors who gave away lots of stuff and brought their fun mascots to mingle with the kids were Hapeee tooth paste, Purefoods Fun Nuggets, Ocean Adventure and Zesto.

The finale is the amazing dance number of Dora, Diego and Spongebob followed with a confetti blizzard.  We really had a blast at this year's NickJr. Play Date and hopefully we'll get to experience it again next year. :)
Email ThisBlogThis!Share to TwitterShare to FacebookShare to Pinterest