MRT has suspended trips from Shaw Boulevard going south (Boni, Guadalupe, Buendia, Ayala, Magallanes and Taft stations) due to a reported suicide incident at the MRT's Guadalupe station of a still unidentified person, a man, probably 20 to 30 years old.

The incident was reported this morning after some passengers were seen walked out of the train and walked through the tracks in the middle of their travel.  Authorities have cordoned the place to conduct further investigation.

Northbound trips from Shaw Boulevard, and from North Ave. to Shaw are still operational at the moment. 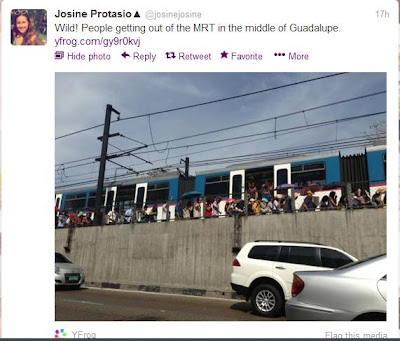