Movie Feedback: It Takes A Man and A Woman


The feeling you get after watching “It Takes A Man and A Woman” – totally surreal! Being the big fan of Laida & Miggy love story, I cannot let this movie pass especially that everyone is raving about it. True to its director and casts’ claim, the movie will take us to the highest level of ‘kilig’ and fulfillment. I greatly appreciated the story and the conclusion of Laida Magtalas and Miggy Montenegro's love story and if I can only wish for a part 4, I will. But then again, ‘It Takes A Man and A Woman’ has already delivered beyond my expectations.  Director Cathy Garcia-Molina and the tandem of John Lloyd Cruz and Sarah Geronimo gave the best offering this summer season for the final installment of their movie and made sure that the public will love it. I definitely love it. I totally appreciate it! 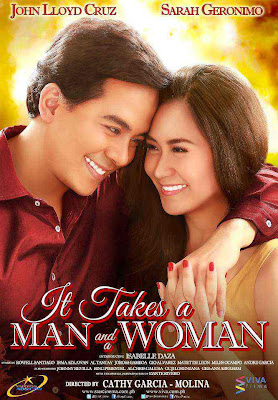 The new twist in the lives of Laida and Miggy will excite everyone who’s following their love story.  As the ex-lovers crossed paths again, it’s like they’re back to a phase where you anticipates the ‘kilig’ every time they get close to each other. Despite their current status, Miggy who’s already in a relationship with another woman and a new Laida, successful, matured, bolder and fiercer, is back, the two is still incapable of hiding their feelings towards each other. Why that despite the fact their officially broken up for years, the past still haunts them and in fact, has not totally moved on? It’s up for you to find out and if you haven’t seen this movie, I would suggest for you to watch it because I am already planning to see it for the second time this week and maybe third time on the next hehe. 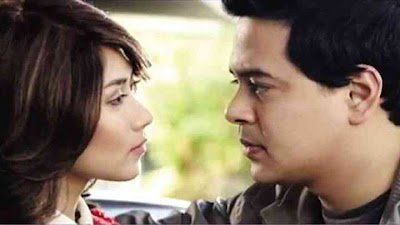 Before I finally end my feedback, I just would like to commend for the nth time the great performance of award-winning and box-office star, John Lloyd Cruz in this movie. Why but JLC never fails!  He’s such a brilliant actor who is always successful in catching my heart. This may be a romcom movie but Cruz should received acting awards from various award-giving bodies. The last performance he gave for this final series is the best I will remember of Miggy Montenegro and somehow I can now say that I finally moved on from ‘Popoy’ (John Lloyd Cruz character in ‘One More Chance’). Any actress who will be paired with JLC is lucky enough to experience his caliber in acting and perhaps learn a thing or two from him.

Sarah Geronimo is also highly-aplaudable in this movie, my friends and I had a lot of laughs from start to finish.  She has improved in terms of the intense delivery of her character’s role. Like I’ve said, Laida Magtalas is bolder and fiercer but still cute and funny with her New Yorker twang.  Laida’s old friends and colleagues, Matet De Leon, Gio Alvarez and Joross Gamboa is superb with their comedic lines and scenes – Ang galing galing nila promise!

It’s the third week of “It Takes a Man and Woman” and yet the cinemas in SM Megamall are still packed with the Laida and Miggy fanatics. My only wish for a job well-done by Star Cinema and Viva Films for this movie is for it to surpass the highest-grossing Filipino film because this is way worthier and more deserving than the current one.  Yeah, I know, the same film outfits produced the current highest-grossing movie but “It Takes A Man and A Woman” is something a movie-goer like me could be proud of and recommends it to anyone. Just my two cents though:).

If you haven’t seen it, go don’t be a looser, it’s super entertaining and definitely worth your money even if you watch it more than once :).
Email ThisBlogThis!Share to TwitterShare to FacebookShare to Pinterest