What can I say about the movie "Just One Summer"

Just One Summer brings “kilig” to the highest level that the fans of Julie Anne San Jose and Elmo Magalona are screaming to their lungs out watching the scenes of the most favorite love team of the year, earlier at the red carpet premiere in SM Megamall, Cinema 9. 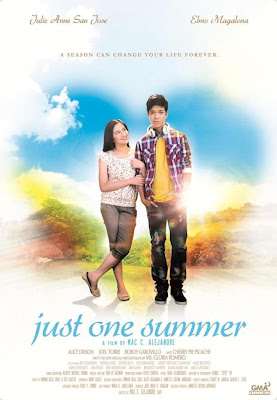 It's been a while since I've watched a 'tagalog' movie which have teenagers as the main cast. The last teeny bopper flick I've seen is High Shool Musical.

Just One Summer might not be like the High School musical that showcases the great voice and singing skills of the lead stars, but it doesn’t mean Julie and Elmo can’t make the same one. Maybe soon but for now, Just One Summer is something to enjoy with family and friends.  It’s a feel-good movie that I find worthy of another trip to the cinema with young family members. I have actually planned a movie date with my nieces this weekend since I promised them 2 months ago.
Just One Summer tells about a story of two young people who found comfort in each other arms when both are facing difficulties in their young life.  But for Beto, (Julie Anne San Jose) there's always a great reason to be happy and move on from every sad situation. Nyel (Elmo Magalona) learns a lot from Beto and later found out a greater meaning more than their friendship – the so called L.O.V.E. 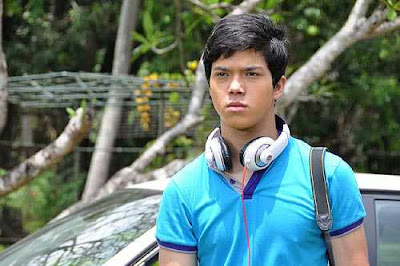 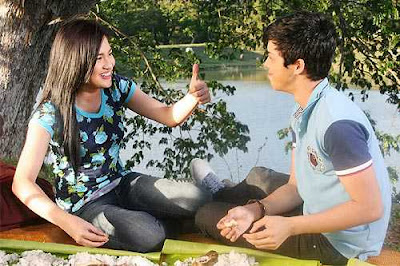 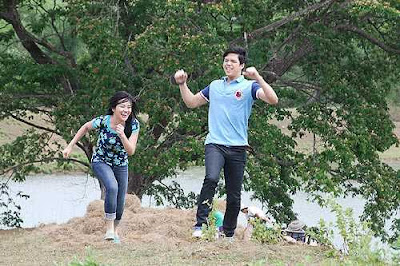 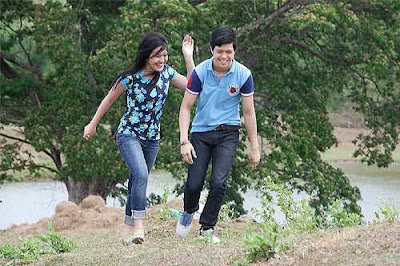 Just One Summer tells about life, family and young love. There's a part in the story that was quite tough for me, when Nyel and his father (Joel Torre) had a fight.  I felt it was quite harsh hitting your own father.  I felt really mad at Elmo for a moment.  Suddenly, I realized, the character of the son Elmo portrayed, was indeed effective.  I was able to feel the pain of the father, and the son who is hurting. Both men have so much questions and one has to understand while the other has to release his anguish.
Kudos  to Elmo for giving justice to his role, sure his acting has improved a lot from the way he was a few years ago. One thing I noticed though, he still need to work on some of his tagalog lines but nevertheless, he was very good.
Julie Anne San Jose.  My favorite girl. She's the first reason why I am switching channels every Sunday. I love seeing her perform in Party Pilipinas. It's a no brainer why this girl is getting popular every day, the industry needs more of like her.
Julie Anne in this movie did great as well. Although, I kind of lacking on her exposure in the movie. I must say that this is more of Elmo Magalona movie and before I fully dwell on my sentiments about Julie’s exposure, my friend explained to me why Elmo has more, it's because the story digs more on the family issues of Nyel. Now, I'm fine. Now I’m back to kilig. :)
In fairness to Julie, she's really cute and very natural.  I can hardly remember her lines because every time there’s Elmo and Julie scene, the crowds go crazy. They were so loud and funny and contagious I must say.  But Julie is a promising actress;  I can't wait to see more of her in movies or TV. I have so much faith in her that she'll be one of the most important stars of the showbiz industry and I am not yet talking about her talents in singing. I know some of your fans don’t want you to be compared to other people, but you have the qualities that made Regine Velasquez great both in music and film. Way to go Julie, keep your faith high and your feet on the ground and you’ll never go wrong.
Of course, the best part of the film is all the “kilig” moments of Nyel and Beto.  With my age, I never thought I would still be capable of that.  The chemistry is overflowing,  put into action = BOOM!  Haay these kids are my fountain of youth lol. The “jaguar” kiss caused paralyzed (but still loud) JuliElmo fans, that was my most favorite scene,hahaha. 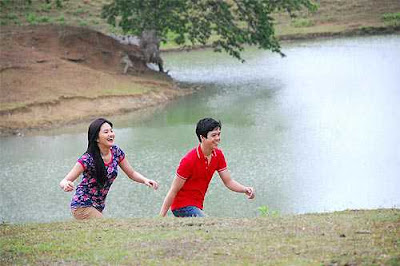 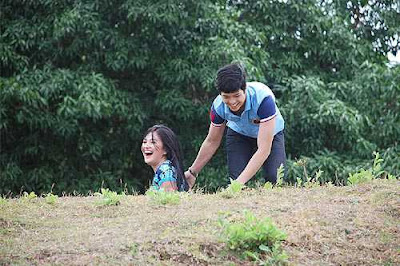 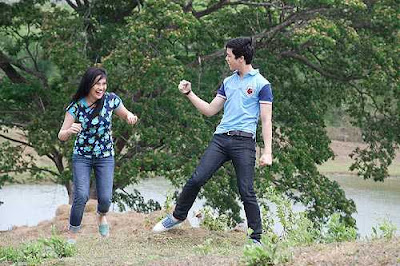 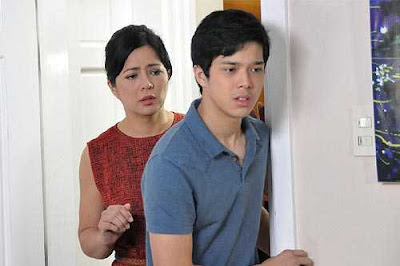 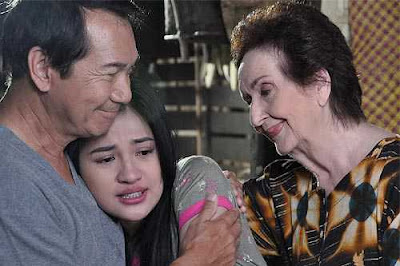 I find it a personal joy watching Julie and Elmo in the big screen, Watch "Just One Summer" opening in theaters nationwide this Wednesday, Aug 15.
Checkout some photos from the red carpet premiere, click here.
Email ThisBlogThis!Share to TwitterShare to FacebookShare to Pinterest

VERY NICE! since i'm a globie fan all i can do now is read reviews about the movie. and I must say, after reading your blog about JOS especially about julie (i'm an avid fan of hers talaga since sugar popdays pa!)I might book a flight back to manila just to watch this movie!

Thank you guys for dropping by :)

@emgyzabala Too many raves about Julie and she deserves it. Hope you can book a flight soon to meet her as well :)