While they feel happy because of the show's consistent triumph in the ratings game and the positive feedback they have been receiving from TV viewers, the whole cast are also saddened because they will miss their regular bonding on the set. 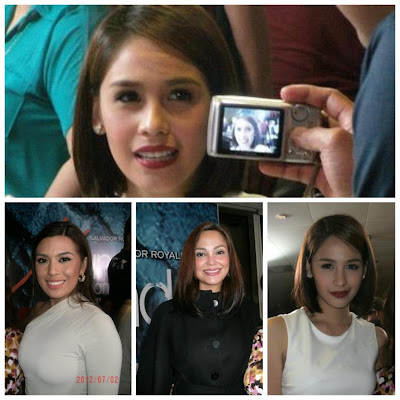 According to Eula, they always have wonderful moments during tapings. "My relationship wut my co-actors really became very personal, to the point that we share stories about our own families," Eula said. "The whole cast and even the staff are sensitive to each other's feelings that's why if we're making jokes about each other, nobody gets offended."

For Empress, being part of the "Mundo Man" has been a huge blessing. "I've learned so much from the veteran actors in the show. I think even if I'm not part of 'Mundo Man Ay Magunaw,' I'll still be proud of it because of it's great story and well execution on TV," Empress said.


Meanwhile, Nikki discovered the actress in her even more because of "Mundo Man Ay Magunaw." according to her, I've learned a lot not only about acting but also many aother things about myself. I'm very thankful to be given the chance to work with senior stars in 'Mndo Man' because they've taught me a lot about bein an artist and being a person."

Eja, on the other hand, admitted that he is going to miss playing with is co-actors on the us to work."

As set. We really enjoyed doing this drama series. It's like we're not working because we're always playing and laughing during the set. We've become like a real happy family that is why it's easier for us to work."


As the story of Olivia (Eula), Sheryl (Empress)' and Jenny (Nikki) goes down to it's final week, how will fate bring them back together? Will someone need to risk his/her own life for their family to be finally whole?