I never had so much appreciation of my husband's profession until he finished his SWAT training just recently. I don't want my words to get twisted so let me explain my first sentence.
It's not that I disapprove the kind of his job, it doesn't matter whatever his line of work is because he had always been a good provider to us. It's just that I never realized the toughness of the job, the trainings that come with it before you become a full-pledged SWAT member. When he entered the training through his senior's recommendation, immediately after three days, he wanted to quit. His physical strength was seriously challenged to go through with the training. He underwent series of tests to check his health condition if he can still continue. When he informed me of this, I never thought that his condition is real serious. I still encouraged him to continue, think of his goals and more.  From that time, I guess he felt I may not feel proud of him if he quits early. So he still continued despite he's feeling worst and the administration are just waiting for the final document to make his ‘leaving’ valid. Only when his sister talked to me that I realized that I could have been a little pushy of him to finish the 2-month training, I realized I may have been risking more than his health, his life. I shifted to being an encouraging wife to an understanding one. I began asking him to come home but I guess that was a little bit late. He said that he already retrieved back all the documents he submitted to discontinue from the training camp.

More than his regained physical strength, he decided to proceed because someone else would decide to quit as well should he decides to leave. I am very proud of him that he continued despite the odds.  He also discovered a more sensible purpose of him inside the training camp. He realized that despite the weakness he has unfolded, he was still capable of inspiring people, and that gave him the drive to continue on his own journey. 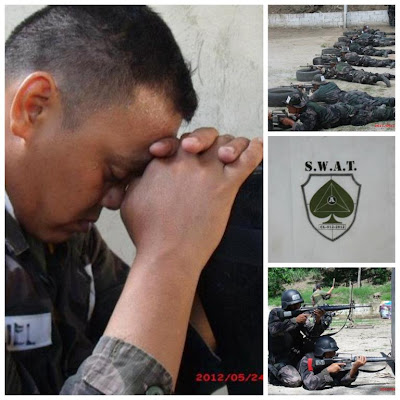 Situation dictates, like their team's mission, my husband thinks of what's best depending on the situation. He didn't think of himself first, that he can already quit and he's out of what most of them considers a he'll-like-training easily, when the universe seems to be conspiring on what he truly wants and feel.  However, carrying a noble man's mission is not through the easy way, he believed. He found his purpose, to inspire a man and be able to finish its journey until the very end. I can never be any prouder of him, it was a magnificent finish for him and the rest of the SWAT brotherhood. 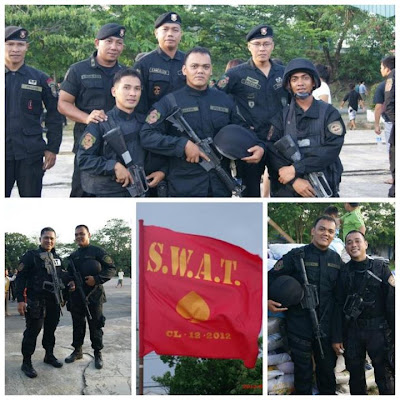